You wouldn’t know by the volume of social & search data being generated, and interest in Alternative Fuel Vehicles in the news agenda – broadly defined as electric, hybrid and hydrogen-powered cars – that they only account for 10% of the total car market in the UK. This, in its own right, is telling of an incoming change, and the speed with which it is anticipated to take place. 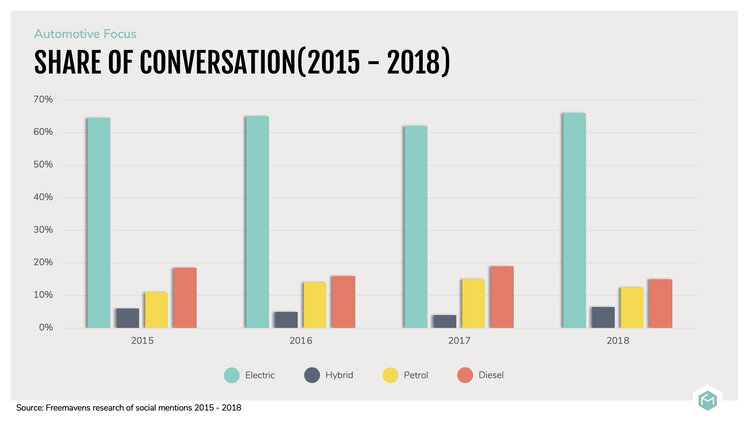 In 2020 diesel car sales declined to 16% market share vs 25% in 2019. This is partly because of a tax hike, a withdrawal of incentives, the lingering smell from the VW emissions scandal and a change in focus by manufacturers – building alternative-fueled vehicles to fill the void. While petrol vehicle sales continued to grow in 2019, the growth is slowing. This is indicative of a consumer move to adopting a more responsible attitude manifesting itself as choosing cleaner options or not choosing a new car at all. 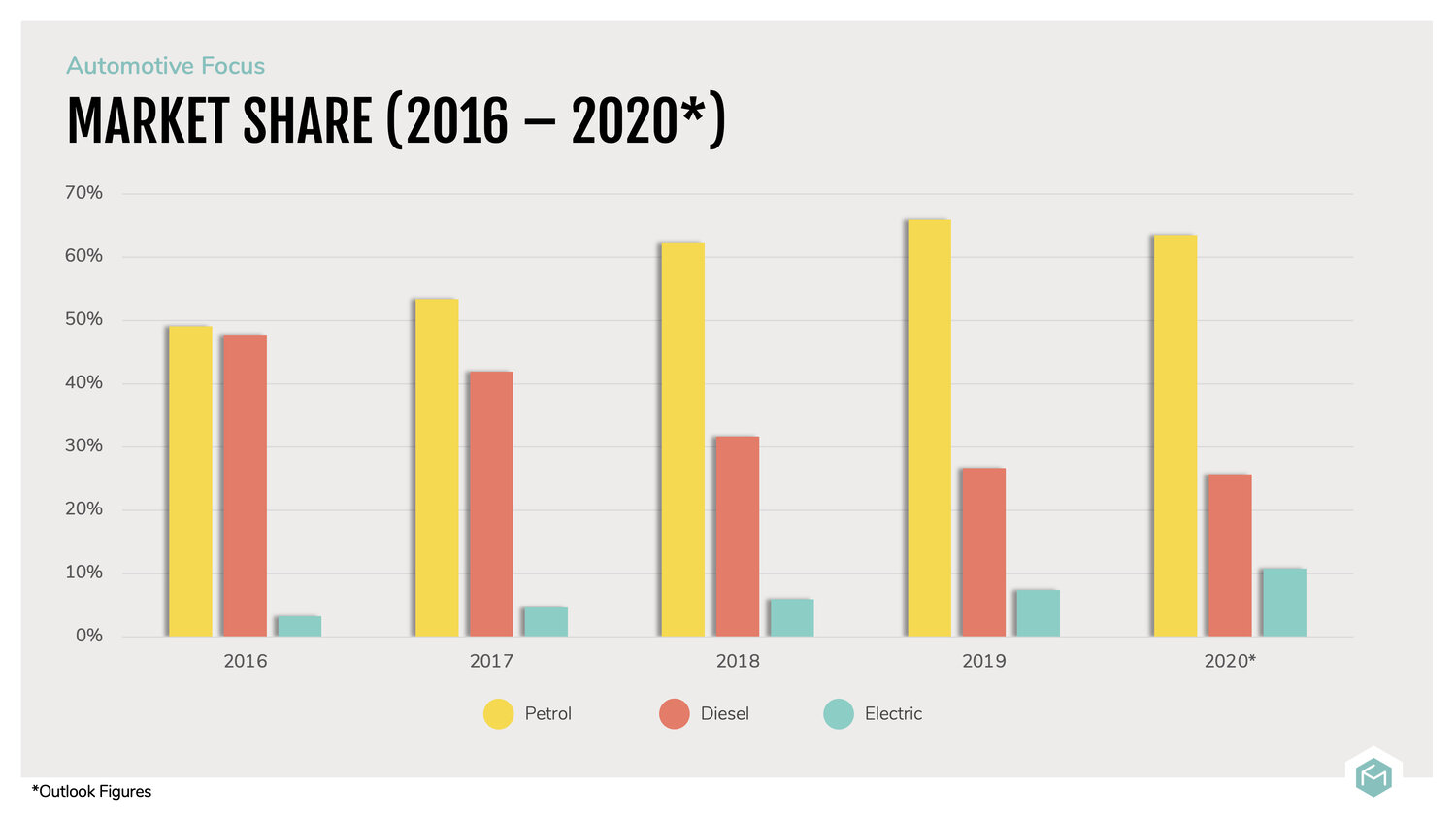 The UK Government’s decision to prohibit the sale of new fossil fuel driven vehicles from 2030 has provided a focal point for manufacturers, distributors, retailers & buyers. Among other things, the entire refueling infrastructure needs to re-imagined. With ‘pit-stops’ expected to last a minimum of 20 minutes (for the foreseeable future) the number of bays currently available in an average garage will not be sufficient to handle the demand.

Tesla has dominated the online share of conversation for a long period. The main reasons for this are: the PR machine that is Elon Musk – both around cars and space technology (or even Bitcoin investments) as well as the brand’s association with being on the bleeding edge of technological advancements. The Tesla brand is seen as leading the way. 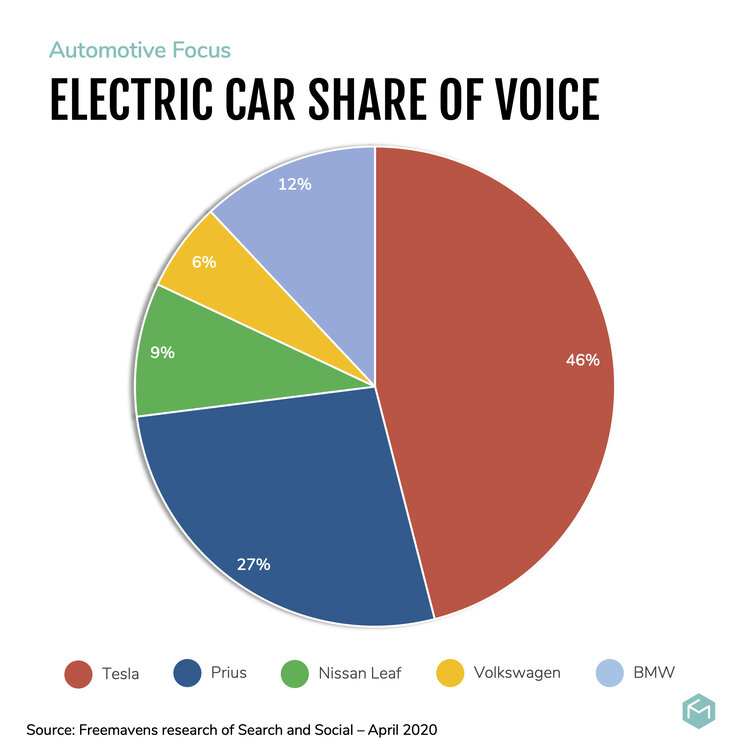 The most exciting phase of vehicle electrification is going to be around energy storage to drive the vehicles. The only way to hasten, still further, the growth of market share for EVs is by having ‘batteries’ that store more energy, store it for longer & can store it much faster.

Searches for mainstream brands such as Ford and Audi relating directly to electric vehicles have risen >70% in the last year. It seems as if the whole country has entered the research phase in the buying cycle.

Most people know that electricity is cheaper than petrol or diesel, but queries for ‘cost of charging’ an electric car have risen >80% in 2020 over 2019.

The high initial cost of an EV has led consumers to pursue alternative buying methods. The data shows significant numbers seeking cheaper alternatives to dealers or manufacturers and considering other 3rd party sales routes. Due to the relative infancy of the UK’s electric vehicle market, cheap, low-cost entrants have only begun emerging in recent years, and whilst they are considered more affordable than their high-end competitors, compared with combustion engine entry model cars, there’s still a stark contrast in price. The contrasting stories in both cost and ‘affordability’ are responsible for driving searches for ‘leases’, ‘second hand’ and ‘cheap’ electric cars. Winners in this space will have the effect of growing the market even more.

Freemavens is a world leading provider in insights and strategy, if you would like to understand how we can help you, Contact us. 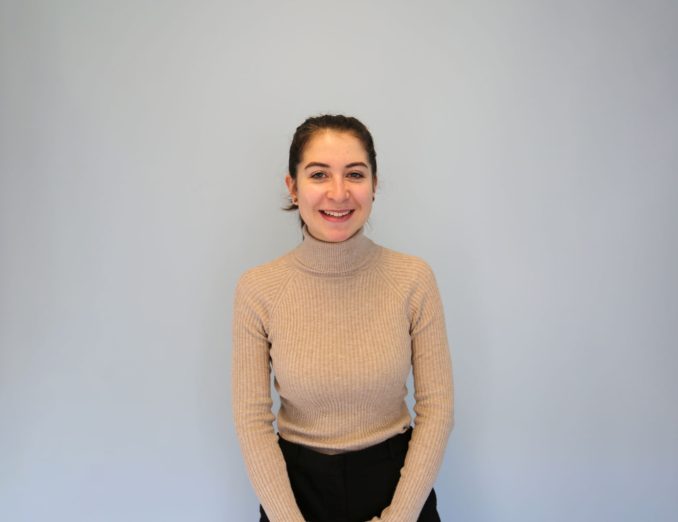 Serving at a meditation centre - By Charlotte Chaverot 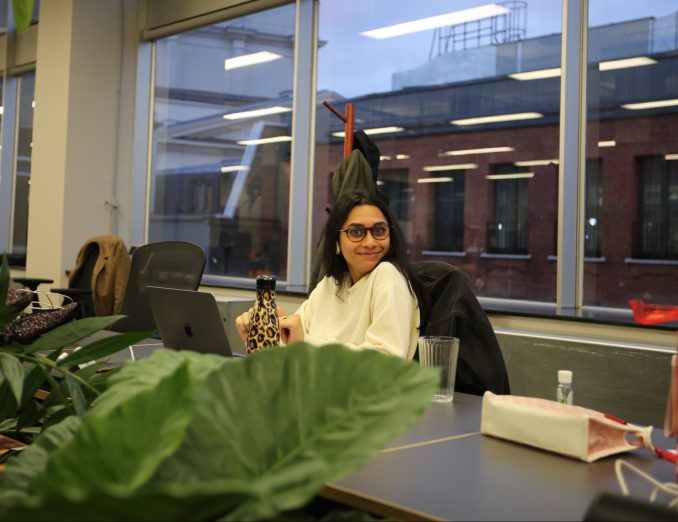 What does a Freemavens Internship look like? - By Ami Doshi